Flowers & a Switchblade is a real-life conversation between two millennial women who meet in the park for the first time. Advancing the form of 360-degree-video production, Nic Koller and Weston Rio Morgan create an immersive experience collaged together from iPhone footage, including videos shot on a handheld rig that captures movement as a collage, to form a fractured, hyperstimulating, 360-degree cubist world. The result is a fascinating experience of the digital texture of everyday life. 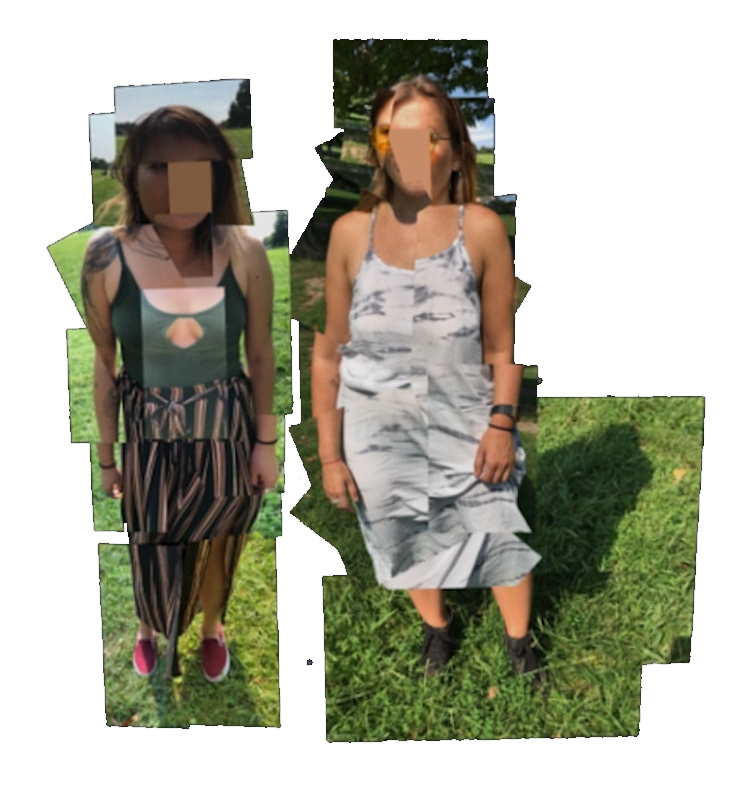 Our project invites the audience to see everyday moments anew, to see past our phones and our social media profiles, to connect with the world and enjoy a conversation between complete strangers…

"From that first day, I was exhilarated… I realized that this sort of picture came closer to how we actually see, which is to say, not at all once but rather in discrete, separate glimpses, which we then build up into our continuous experience of the world… There are a hundred separate looks across time from which i synthesize my living impression of you. And this is wonderful."

-David Hockney (on his Joiner Photographs)

Around the same time, I followed the work of Jenny Odell quite closely. She would later write How to Do Nothing, which examines & protests the dehumanizing effects of the digital age we live in. This quote from the book neatly sums up why what we've created in Flowers & a Switbchblade feels so important to me:

"We know that we live in complex times that demand complex thoughts and conversations -- and those, in turn, demand the very time and space that is nowhere to be found. The convenience of limitless connectivity has neatly paved over the nuances of in-person conversation, cutting away so much information and context in the process. In an endless cycle where communication is stunted and time is money, there are few moments to slip away and fewer ways to find each other."

-Jenny Odell (from How to Do Nothing)

Flowers & a Switchblade i​s a 360-degree video collage that was assembled from hundreds of moments captured on multiple iPhones in Brooklyn’s Prospect Park. The experience documents a real-life conversation between Candice & Bridget, two millennial women who had never met or talked before.

The world we have built is unlike anything you’ve seen in VR. It is our world made digital, fractured into pieces & reassembled with all of the process’s seams & glitches showing. It is Prospect Park, a sprawling green space in NYC deconstructed into its smaller parts. Candice & Bridget are assembled from roughly 12 videos each. Three iPhone cameras were positioned on each of their faces to capture their expressions during their entire conversation.

In part, I selected Candice & Bridget for this project as a social experiment. They have different education levels, personalities & backgrounds, and I saw potential for conflict & drama in a discussion between a law student & a "free-spirit". Candice & Bridget found that they have much in common despite their differences. In F​lowers & a Switchblade​, they explore topics that would interest any 30 year old. They discuss tattoos, self-harm, immigration, work/life balance, and laugh about how they would not want their mothers’ lives.

I’ve been working in video collage for over 5 years and have made a number of innovations in that time, but this is the first video of its kind to be presented in 360-degree. I shoot all my footage on iPhones, and my handheld approach makes the image breathe through the expanding & contracting of its smaller video parts. I’m interested in our short attention spans, and have found that this alternative multicamera style speaks to the hyperstimulated, over-exposed space that many of us live in today. I’ve also created a rig which mounts multiple iPhones to capture movement as a collage. I’ve used this rig to document people skateboarding, dancing, snowshoeing, and to capture the facial expressions in this project.

Making ​Flowers & a Switchblade​ on almost no budget would not have been possible 10 years ago. This project is inextricably linked to smartphones, both in process & concept. I’m interested in the integration of the analog & digital that I see in our daily lives, and I think this project simulates that dynamic as the analog human connection is recorded, processed & presented digitally. I’ve been excited to see this 360-degree video collage world come together over the past two years, and I hope you find the experience stimulating.

Thank you for your interest in our project.

We're looking forward to bringing Flowers(...) to a festival near you!

Flowers... is a no-budget 360-degree-video created by Nic & Weston. Learn about our individual projects below: 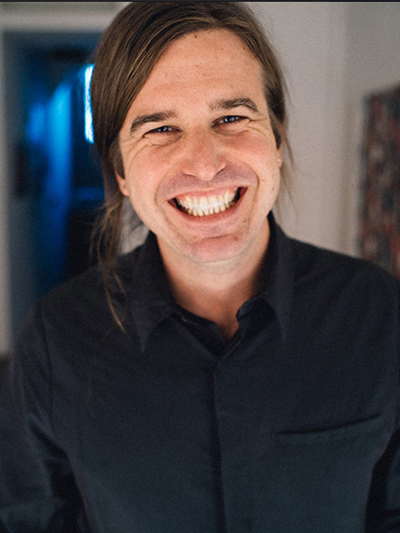 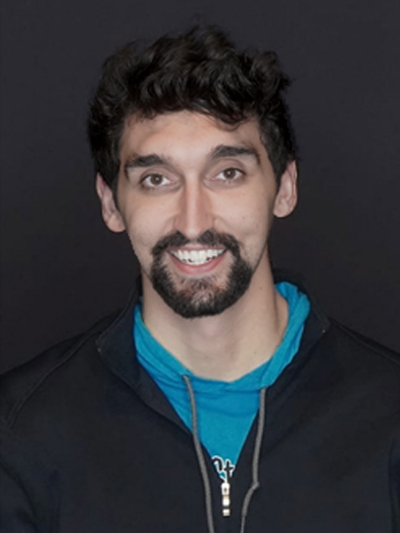 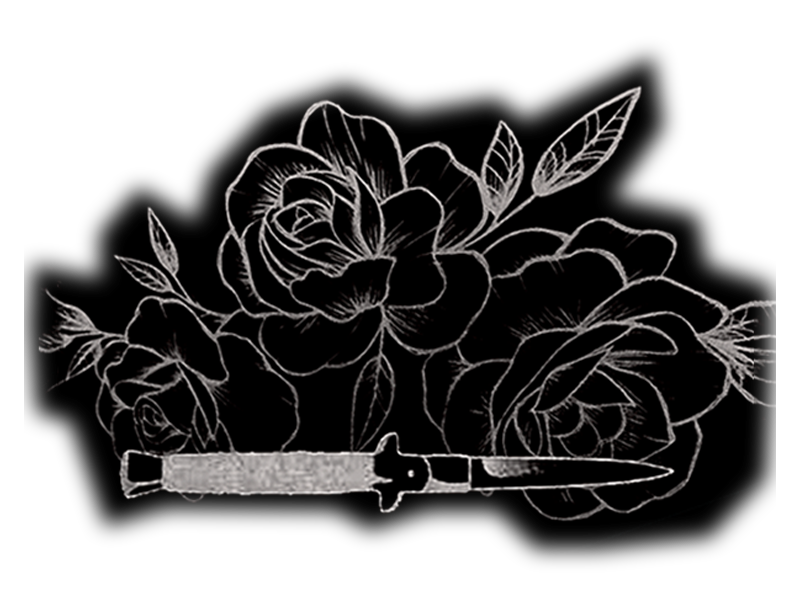